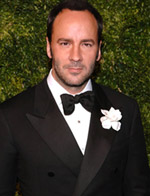 LOS ANGELES — (BUSINESS WIRE) — AskMen.com, the Internet’s #1 source of information for men with more than 7 million monthly readers worldwide, today unveiled its first ever list of the Top 49 Men of 2006. AskMen.com readers were asked to name the “best representatives” of the male gender. After casting more than 1 million votes, they ranked George Clooney #1. Rap artist and mogul Jay-Z was the Top 49 runner-up and business pioneer and adventurer Richard Branson was ranked third. The rest of the top 10, in order, is cyclist and cancer-survivor Lance Armstrong, designer and style icon Tom Ford, movie and TV producer Jerry Bruckheimer, actor Johnny Depp, athlete David Beckham, real estate developer Jorge Perez, and former President Bill Clinton. Readers can view the full list as well as profiles on each honoree at www.askmen.com.

“I would like to thank AskMen.com’s readers for their support. It’s an honour to be amongst such great company,” said David Beckham, number eight on the Top 49.

The Top 49 is an alternative to the common “Most Sexy” and “Most Beautiful” lists published elsewhere because it was decided by average men. AskMen.com polled its own readers to develop the inaugural Top 49 Men of 2006 list by asking them to nominate 100 “ambassadors of male-kind.” Readers were told to look beyond attributes like good looks, wealth and fame. After a month-long voting period, readers chose the Top 49 finalists who are admired for a variety of prized male traits like integrity, charisma and intelligence.

“While strangely uncomfortable with the term ‘man’s man’ I am honored to be included,” said Anthony Bourdain, number 19 on the list. “I shall be sure to spend the week shooting things, barbecuing, drinking manly drinks to excess and high-fiving loudly while watching organized athletics. Woo Hoo! I love you, man!”

As an annual survey of its readers, the Top 49 Men List will follow in the footsteps of AskMen.com’s popular Top 99 Most Desirable Women List, a yearly roundup that debuted in 2001. Readers are asked to select women with traits they would prize in a girlfriend or wife. Last year, the results of that poll, which named Jessica Alba the Most Desirable Woman of 2006, garnered more than 15 million unique visitors.

“We created this survey because we pride ourselves on listening to men, not dictating to them,” said James Bassil, Editor-in-Chief of AskMen.com. “When you ask real men and not just an editorial team who to honor, they praise traits like integrity that are too often ignored. Despite the diversity of men on this list – their occupations, races and appearances – they’ve all got more to offer than just good looks or money alone.”