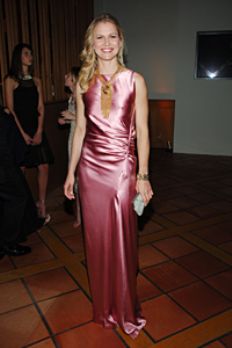 (NEW YORK) Shirin von Wulffen is about to be reunited with a familiar face: Tom Ford, The Daily has learned. Von Wulffen has been named North American public relations director for the Tom Ford brand, effective Monday, March 19. The former PR director for Yves Saint Laurent in the U.S. will discontinue her role as an independent strategic consultant for the French fashion house and its creative director, Stefano Pilati.

At YSL, von Wulffen was chiefly responsible for ensuring a smooth transition in the wake of Ford’s resignation from the creative helm, all the while increasing the level of exposure and awareness for the then-relatively unknown Pilati through her prowess for planning celebrity events, maintaining close editorial contacts, and generating buzz for the rejuvenated PPR fashion label. Before she exited YSL in December 2005, among von Wulffen’s last duties at YSL was the organizing of the Solomon R. Guggenheim Museum’s Young Collectors Council Artist’s Ball, where Pilati was one of the night’s honorees along with artist Philippe Parreno.

At Tom Ford, von Wulffen’s first big project will be the April 12 unveiling and simultaneous launch of Ford’s men’s wear line and his much buzzed-about Madison Avenue flagship.

Von Wulffen’s appointment isn’t the only restructuring Ford has implemented to his communications team. Whitney Bromberg, Ford’s former executive assistant who was most recently director of creative services, has been promoted to European PR director of the Tom Ford brand. She will continue to be based in London. Katherine Holmes continues as international PR director for Tom Ford Beauty.

All will report to Lisa Schiek, worldwide director of communications for Tom Ford.