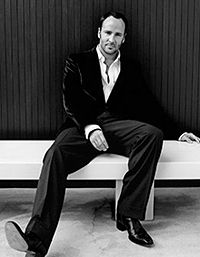 You will find everything from suits to satchels, underwear to eyewear, in the well-appointed, 3,500-square-foot Madison Avenue home of the new Tom Ford label.

Ford, the suave 45-year-old Texan who gave us “tough chic” and pumped new life into Gucci and YSL, has re-entered the fashion world with a vengeance after heading for Hollywood in 2004 to try to fulfill his dreams of being a director. I cozied up to the designer on the eve of his opening – just before a champagne-drenched soiree that attracted a swish cross-section of glitterati, from Harvey Weinstein to Diddy – to talk about the vision behind the new Tom Ford label, which is both custom and off-the-rack.

Beker: It seems like you throw all of these balls up in the air, and plan to juggle all of them, but some of them land more quickly than others. We’ve already seen an eyewear line from you and a fragrance, with a whole beauty range on the way. Now this. Was it really all timed consciously?

Ford: Even when I started with the beauty and the eyewear, I had plans in the back of my mind to do men’s-wear. Everyone said, “Well, why are you starting with those two product categories?” But they gave me the funding in order to do this. Also, this took quite a lot of time. I don’t even know the exact number of products in the store, but there are at least 2,000, and I not only designed each one, but I also spent time in the various factories that manufactured the products. Then there was designing the store, the packaging, hangers, hang tags labels. … It was an enormous undertaking, but I have to say that it was so much fun … and now will be so much fun for the rest of my life.

Beker: What was the most fun about it?

Ford: I’ve always worked for other companies. I inherited an existing framework, and then I would graft my personality onto that. But there were certain things I had to live with and that weren’t necessarily my taste. This is the first time that I have ever been able to walk through a store, or my office, and in addition to loving everyone that I work with, because I hand-picked all of them, I love every product, every box, every label, every package, every chair. So I have to say it was very pure for me. If you are a designer, the ultimate is to express yourself completely.

Beker: Many men have become so style-savvy. They’ve developed a refined aesthetic, compared with a decade ago, when women would mostly shop for men. 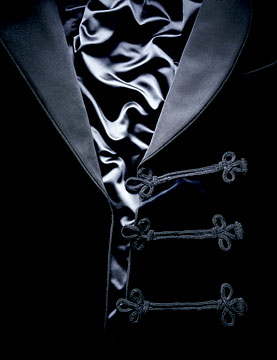 Ford: Men’s clothing in the 18th century was as ostentatious as women’s. So I do think men are as vain and care as much about their look as women. And I think that society in the last 10, 15, 20 years has allowed men to be more expressive without being self-conscious. But there were always men who really dressed, and cared about their appearance. Cary Grant was impeccable. He had his tailor make his costumes for every film. He always looked like “Cary Grant.” So I am not so sure that it’s new, but I do think men have come out of the closet with their love and their care of their appearance.

Beker: Yeah, for a while it was a little uncool to look like you cared too much.

Beker: You tell me that you hate shopping. Why?

Ford: Well, I wouldn’t hate shopping here, which is why I built and designed this store and this collection. I hated that I had to go different places for products. I hated that nothing was ever exactly what I was looking for. The way we have set up this store is that the ground floor is ready-to-wear, the upper floor is made-to-measure.

You can come in, be measured, be fit. Come in with your wife or your girlfriend. We’ll serve you breakfast, lunch, dinner. You can. It’s all about service: We have butlers on staff – an entire housekeeping staff – so we run the store like a home. It’s a way to shop that is very different than most places to shop today.