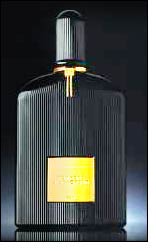 Fashion legend Tom Ford is making his beauty debut in travel retail by exclusively launching his signature fragrance “Tom Ford Black Orchid” at five selected locations across the globe. The Nuance Group is proud to be among the very first travel retailers to offer the scent, which is now available from The Nuance Group’s Perfume & Cosmetics stores at Zurich International Airport.

Celebrated fashion designer Tom Ford created his own Tom Ford Beauty brand in April 2005 in alliance with Estee Lauder. The brand was designed to create and market a stand-alone fragrance and beauty collection under the Tom Ford Beauty label. This was launched in November 2006 with a signature fragrance called “Tom Ford Black Orchid”.

Now, Tom Ford Beauty is making its debut in travel retail. Five exclusive airports across the world have been chosen for the launch. In travel retail, the fragrance will be exclusively available at Zurich and four other airports until late summer 2007.

Stephan Salvisberg, Managing Director Switzerland, expressed his satisfaction at having been chosen as one of the first locations to stock this exclusive new fragrance. “Zurich Airport ranks first among the world when it comes to design, neatness and customer service. It therefore doesn’t come as a surprise that Zurich has been chosen by fashion legend Tom Ford as one of the select locations where his beauty brand makes its travel retail debut.”

President of Tom Ford Beauty, Andrea Robinson, stated: “We are truly delighted to launch the Tom Ford Beauty brand with The Nuance Group at Zurich International Airport. We know that today’s travellers will appreciate this exclusive partnership that brings three prestige brands – a premium retailer, a first-rate airport and the best-selling Tom Ford beauty brand – together under one roof.”