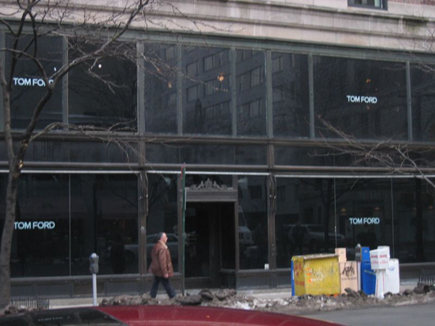 Designer, Tom Ford is one of the most talked about men in fashion. He is considered a showman by some and the appetite for information about his personal life and business ventures is seemingly endless. But, underneath it all, he claims he is quite shy. Monita Rajpal talks to him in an exclusive interview at his London home.

Monita Rajpal (MR): How do you define a luxury brand in this day and age?

Tom Ford (TF): Most brands that are called luxury brands today are not true luxury brands. In the 90s, at Gucci we made luxury quite accessible. The globalization of fashion and luxury means you now find the same luxury brands in every city. The stores look the same, the products are the same. It is still a very good quality product but it is now readily available to everyone. It’s a kind of mass luxury.

MR: Do you feel you can do that because you are now your own boss?

TF: That’s certainly part of it. In starting something that’s never been done before, if I had shareholders I’d have to defend myself because this is not the normal way to build a company. But I have always acted with a combination of a cerebral insight and intuitive feeling. Intuition, if you are fashion designer is really the key to everything. I just really have a feeling it’s the right moment in time to create a new business model. Obviously I have facts and figures that could back that up. It isn’t a gamble; it’s a calculated risk.

MR: You are very interested in emerging markets: Asia, the Middle East. But these are also markets that are interested in mass luxury. How do you combine the two?

TF: In any society, you have different strata of individuals and different levels of wealth. Of course, as the entire population steps up to a new level of wealth they need accessible luxury, mass luxury. At the same time, these markets have made the most dramatic creation of wealth possibly the world has ever seen, and those individuals want the best money can buy.

Most of these emerging markets are cultures that have been quite materialistic at a certain time in their history. Chinese culture for example has been denied materialism for eighty years or more. So they are hungry for this. These are also patriarchal societies where the moment a man makes money the first he does is dress himself and then worry about dressing his wife, his girlfriend, his children. So, luxury men’s wear happening at the same time that there’s this enormous wealth creation all over the world in emerging markets, and in existing markets is, I think, the right concept at the right time.

MR: Do you feel you don’t have to compete?

TF: I feel I don’t have to compete in certain ways. I am also at a stage in my life where I want to only do thing that I love. I only want to do things that make me happy. Making money is important, but it’s not my ultimate driver.

MR: How did you get to this point?

TF: A lot of hard work, twenty years in the fashion business, and I suppose, a lot of soul searching, and while I am only forty five I do feel I have a good sense of who I am, what I like, what I’m good at, a sense of what I can contribute and what makes me happy. So, with that comes a certain security and that also gives you a certain strength.

MR: What is it about that success factor that you are able to not only be in tune with business but actually direct the timing of it?

TF: Figuring out what’s right for now is, as I said earlier, a combination of intuition and honestly, it’s mostly only intuition. A design business is inherently dependent upon the intuition of its chief designer. Luckily I have a track record that if you show me five pairs of shoes I will almost always pick the one pair that will sell the best. It’s just a gift I have for mass taste – a link with what people want in a certain moment in time.

MR: What was your life like when the decision was made to leave Gucci?

TF: It was terrible. I think it came at a time in my life when I was possibly due a mid-life crisis anyway. I worked so hard all my life to get to a certain point. There’s a wonderful quote that says a mid life crisis is when you get to the top of the ladder only to find out that it’s against the wrong wall. So, perhaps some of my priorities weren’t in the right place. But, I took a little bit of time and cleared my head. Even though I didn’t want to leave Gucci at that time and it was quite traumatic for me, I tried to learn something from it. The thing I learnt was that I never ever in my life want to retire.

Tom Ford and the Smell of Success What’s In A Name? Tom Ford …
Scroll to top