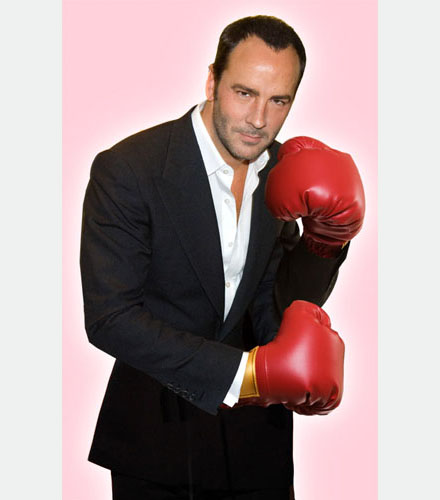 At last night’s GQ party honoring the CFDA menswear nominees, gorgeous dudes and fashion talent abounded–but where was Menswear Designer of the Year nominee Tom Ford? It seems the gentleman, whose nude cameo in a W editorial exposed a divinely Olympian physique, was out of the country. So we asked the boys: Who would win in a fight, you or Tom Ford?

Adam Rapoport: “I have a feeling that Tom works out a lot more than I do, plus he’s really driven and motivated. But I do think I could kick Thom Browne’s ass.”

Paul Wilmot: “Tom Ford would kick my ass. He’s younger, he’s more handsome, he’s much richer than I am. I would bet against me so I could make some money on the deal!”

Glenn O’Brien: “Why would I fight with Tom Ford? I love Tom Ford!”

Patrik Ervell: “I have a feeling that Tom Ford would go down pretty quickly.”

Jim Nelson: “Tom Ford would kick my ass so bad I’d end up in a lame little puddle of tears.”

Tim Hamilton: “He has guns! But I would kick all of their asses, actually.”

Michael Bastian: “A physical fight? I’m a lover, not a fighter, baby.”