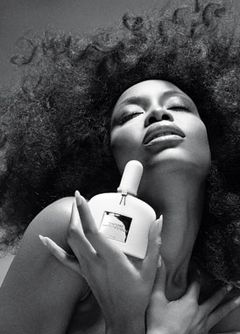 The new fragrance for women White Patchouli by Tom Ford arrives to the market in September 2008. Besides this edition, Tom Ford is opening his flagship stores chain and each of them will have a perfume dedicated to that particular town.

In the first shop in Milan, which will be opened on Monday, 23rd June, a perfume from The Private Blend collection, named Italian Cypress will also be presented. The perfume prepared for September is named Arabian Wood and it will be presented together with Ford’s store in Kuwait.

“For this project, I wanted to reinvent patchouli,(…) I loved the idea of mixing patchouli with white florals. We used patchouli orpur, which takes out some of the darker, smoky notes of patchouli. We mixed that with peony, bergamot, and jasmine. Additional notes include rose, coriander, and ambrette seed.”

White Patchouli is created in cooperation with perfumer of the house of Givaudan and it is mixed as a game of white flowers, patchouli, peony, bergamot, jasmine, rose, coriander and ambrette seed. the perfume is available in a white glass bottle in three sizes: 30, 50 and 100ml edt, and as body lotion.

Commercial for this perfume was done in black and white. Photographers in charge of the quality presentation are Mert Alas and Marcus Piggott, while the face on the commercial is popular singer Erykah Badu. The commercial will be present in fashion magazines from September, when campaign for sale of White Patchouli will also begin.