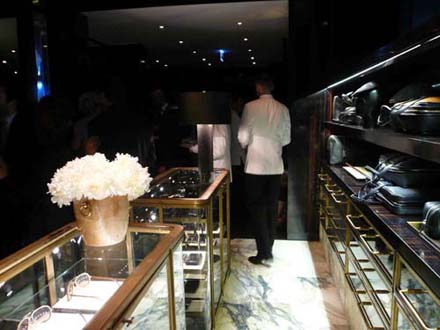 Some 40 months after exiting Milan in tears on a Gucci runway, Tom Ford returned to the city in triumph this week, opening a superb signature label boutique and staging a rollicking, late night party in a dazzling Milan palazzo that attracted the great and the good of international men’s fashion.

And, though he claimed it was “purely a coincidence” Ford staged his bash on the same evening as Gucci mounted a major launch party for its new men’s cologne, with chanteuse Roisin Murphy performing live. Inevitably, Monday thus became a celebration competition and, in chatter among editors and groovers the following morning in Milan for men’s fashion season, there emerged one clear winner – Ford.

Tom has always had plenty of star power, and his ability to attract the right crowd remains uncanny. So even though he boasted merely a DJ – albeit a super young spinmaster called Jesse Marco who segued easily between techno, New Wave and cheese – the right people all seemed to drift to Ford’s fete.

His evening had begun with an opening at his new store, equipped largely in the style of his debut space on Madison Avenue – gray marble, African macassar ebony and some admirable works of art, from a charming Calder mobile to an Anselm Reyle panel in the main entrance. 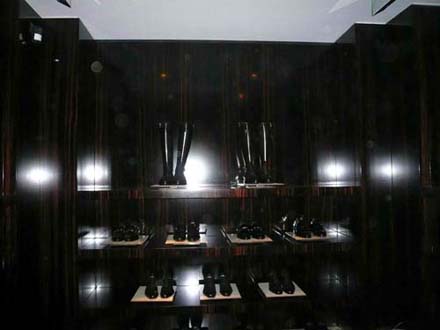 “We’ve had no price resistance to our products,” bragged Ford, not a stranger to the art of a quietly spoken boast, explaining that the crocodile boots he was wearing cost $12,000, as he posed in front of a counter in which a better pair of cufflinks were priced at $40,000,

The four-floor space is located in a Fascist era building in the Rationalist style, and it’s mood, half way between a posh townhouse and neo classical gents club, convincingly adds the needed dollop of grandeur.

Ford refused to reveal the size of his company’s annual sales figures. “That’s one nice thing about being a private company,” or say what the expected per meter turnover was, “they are above industry averages and we are away ahead of our business plan.”

So, we will just have to take his word for it, we suppose. Nonetheless, the anecdotal evidence, and the keen demand from experienced retailers to open Tom Ford franchises would appear to indicate that everything is pretty much hunky dory. Ford has unveiled some 18 boutiques so far including the biggest men’s shop-in-shop in New York’s Bergdorf Goodman, the world’s most luxurious store, and a major space in the planet’s private banking capital – Zurich.

Yet we wondered why there was such a huge dichotomy between his new oeuvre, a beautifully made but overly traditional choice of clothes for those some might view as rich in coin but poor in imagination, and the glossy chic he invented at Gucci?

“I was 35 then, now I am 47. I think we all evolve,” was the Texan-born designer’s astute reply. But one thing certainly has not changed – Tom’s party master powers. Yet again, at way into the wee hours, he created the best bash in a Milan men’s season in the past few years.

But don’t think his clothes are not about taking the odd risk: Ford just signed a deal to dress Daniel Craig in the next James Bond movie, “Quantum of Solace.”