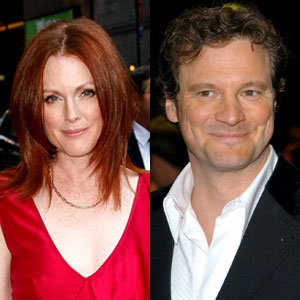 LOS ANGELES – Fashion designer Tom Ford is getting the cast in place for his long-awaited move into features.

Colin Firth, Julianne Moore and Matthew Goode are set to star in “A Single Man,” Ford’s adaptation of the Christopher Isherwood novel.

Published in 1964, the novel centers on a gay man who, after the sudden death of his partner, is determined to persist in his usual routine, which is seen in the span of a single, ordinary day in southern California.

Firth is the gay man, an Englishman and professor who feels like an outsider in Los Angeles. Goode is the boyfriend who dies in a car accident and appears in flashbacks. Moore plays a friend of the professor.

Ford adapted the screenplay for the independently financed project with David Scearce. A Monday start date is being eyed.

Ford rose to the top of the fashion world with a 10-year run at Gucci, a period that turned around the fortunes of the fashion house. He stepped down in 2004, signing on with CAA with the aim to slide into the director’s chair.

Firth was last seen in “Mamma Mia!” and Moore in “Blindness.” Goode plays Ozymandias in next year’s “Watchmen.”