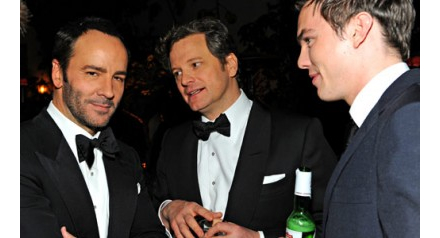 After party at Chateau Marmont

Just another night in Hollywood … film & fashion Illuminati of Los Angeles packed the Chateau post the premiere of Tom Ford’s new film at the Chinese Mann with a reception sponsored by Audi at the Roosevelt where Baskin Robbins ice cream cake.

My date wore herringbone, I donned Ports 1961 (courtesy of The A List). Tom Ford and his friends milled about, cool as cucumbers, and generally fabulous, much like the highly stylized film we saw earlier in the night, which featured stunning composition, gorgeous people, cars, set design looking straight out of a 1960s photo shoot for Vogue. Expect to see every middle class family on the block inexplicably driving a classic Mercedes Benz. 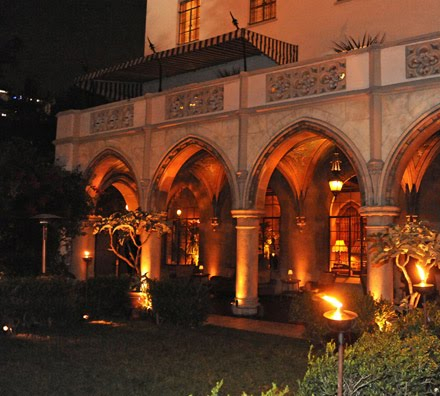 Tom Ford has just dumped the obscure genre of Fashion Film smack into the middle mainstream cinema now and forever. Everyone will want movies to look as stunning, and be as sexy, as “A Single Man.” In this movie – expect to see drop dead gorgeous male models brooding in phone booths, and the like. One scene features a cameo by Tom Ford’s favorite ad models, Jon Kortajarena, who plays a hustler named Carlos.