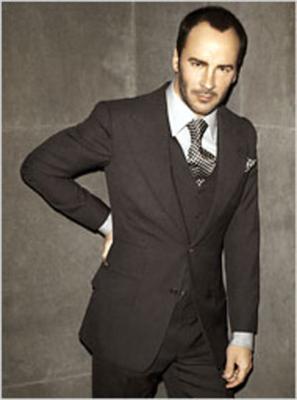 Design visionary Tom Ford has claimed that he does not think of himself as gay, despite being openly homosexual.

“I don’t think of myself as gay. That doesn’t mean that I’m not gay. I just don’t define myself by my sexuality,” he told Advocate magazine this month.

The interview comes ahead of the forthcoming film A Single Man, in which Ford makes his directorial debut.

“The gay aspect of A Single Man certainly wasn’t what drew me to make a film of the Christopher Isherwood book. It was its human aspect, that unifying quality,” he continued.

“If you said name 10 things that define me, being gay wouldn’t make the list. I think Isherwood was like that too. There are many gay characters in his works because his work is so autobiographical, but their gayness isn’t the focus. The one thing I liked about Isherwood’s work—especially when I was younger and grappling with my sexuality—is that there was no issue about it in his writing.

“That was quite a modern concept back during the time when he was writing. Quite honestly, I just don’t think about my sexuality. But maybe this has to do with being a part of the first generation to benefit from all the struggles of the gay men and lesbians that came before us.”