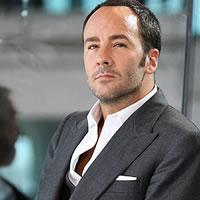 Tom Ford says he only shows his true self to a couple of people.

The designer enjoyed directing A Single Man because it gave him the opportunity to pour his deepest feelings into the movie. Although he can be reserved in real life, he found it easier to reveal his emotions when he was making the film.

“There is a real fear when you do that. You really expose yourself, although it is a lot easier to do on screen than it is in real life,” he said. “In real life, I’d only show my true self to a handful of people. Doing it on screen it is supposedly fictional and that’s easier. In real life, if you have one or two people in your life that you truly connect with in a very soulful way, you are lucky.”

In A Single Man, Colin Firth plays a gay university lecturer who is left devastated by the death of his lover. Tom, 48, has previously revealed he poured a lot of himself into Colin’s character.

The movie is set in the 1960s and has been praised for its stunning sets and costumes. Tom admits he is a perfectionist and is obsessed with attention to detail, which has had a negative impact on his personal life. “The quest for perfection has been incredibly useful for me in my professional life, but it is a nightmare in my private life. I torture myself,” he confessed in an interview with Grazia magazine. “When I’m at home I think, ‘Am I a nice guy? Did I say the right thing, was I mean, should I do this?’ It is a nightmare.”