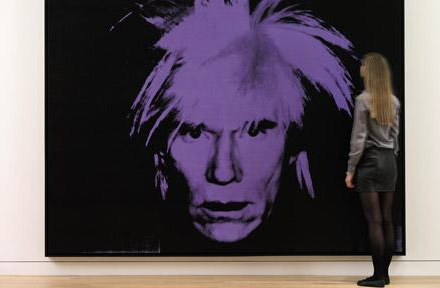 An Andy Warhol self-portrait sold for a record $32.5 million at Sotheby’s on Wednesday. The self-portrait was expected to be sold for £10 million. Fashion designer Tom Ford put the painting on the block, and it was snapped up by an anonymous buyer in energetic bidding.

The image is from the artist’s final series of Self Portraits which is widely acknowledged to be the most important of his career.

It is currently owned by the designer Tom Ford who acquired the work from the artist’s estate in 1998.

He said: “I have always had an extensive art collection and own many Warhols.

“I am constantly buying and selling art to update my collection.”

It will go on sale at Sotheby’s in New York on May 12 this year.

The series was Warhol’s last just prior to his death in February 22 1987.

Measuring 108 x 108 inches the acrylic and silkscreen ink on canvas was based on Polaroids taken by Warhol during the 1970s. The artist wears his signature “fright” wig in the picture.

Warhol died in New York aged 58 shortly after having a gall bladder operation.