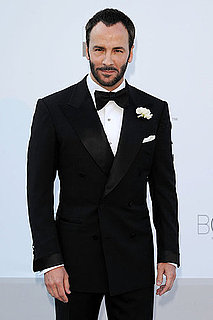 Hilary Alexander of The Telegraph just tweeted some amazing fashion news. She was invited to the Tom Ford cocktail party this evening. Well, the cocktail party turned out to be a fashion show of Tom Ford’s new womenswear line. There were rumors that Tom would show the line at an exclusive party, but it’s now fact not rumor. But it gets better. The models were Beyonce, Julianne Moore, Daphne Guinness, Rita Wilson and Lauren Hutton. Hilary said:

So Beyonce blew off the VMAs in Los Angeles to model for Tom Ford. How very interesting. We can’t wait to see the collection. Tom only allowed one photographer at the showing who works for him. So he has total control over the photos to minimize leaks. Rumors say he won’t release the photos until January. Could he really be so cruel?

Ultra glam at Tom Ford. Presented like an old couture show, Tom narrated his parade of chic, sexy clothes on “women that inspired him”.

Sorry guys. No unofficial pics at Tom Ford allowed. But trust me, it was a visual smorgasboard of refined chic and sexiness.

Tom did the show old school, just like the Paris couture houses in the 50s. He narrated the show and explained each look to the audience. Derek Blasberg tweeted more about the event:

Liya Kebede, Lauren Hutton, Natalia Vodianova, Lou Doillon and Joan Smalls, with Terry Richardson shooting them all on the runway. “And she just turned me straight…” Tom Ford sighs, referring to Joan Smalls

Diamond and platinum jewelry, all her own,” Tom Ford says of his last model, the Honorable Daphne Guinness, closing his show. WOW WOW WOW!

From the tone of the tweets tonight it must have been an amazing presentation. We’ve never heard fashion editors in such a tizzy: they’re practically hyperventilating as they tweet.