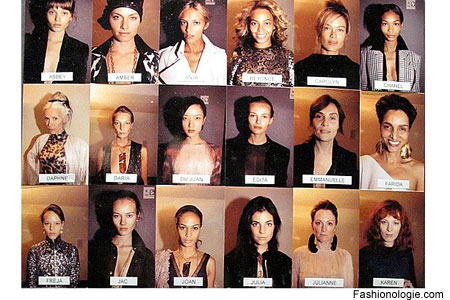 It comes as absolutely no surprise to anyone that, for his spectacular fashion comeback, Tom Ford planned to be completely in control, pulling all the strings himself. After months of silence, during which his dedicated fashion followers had to live off absolute scraps, rumour and gossip he held a TOP SECRET fashion show packed with contemporary fashion and cultural icons in place of anonymous models, yet refused any information or pictures to the press, despite having organised what would constitute by anyone’s standards – front page news. 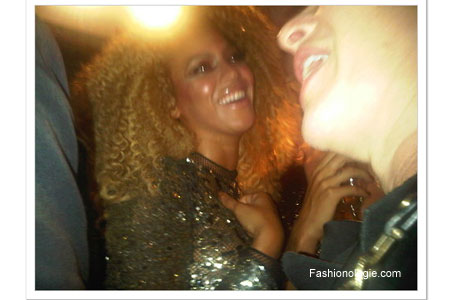 But it seems the press are rebelling. Even the venerated New York Times Fashion Editor Cathy Horyn ignored the embargo – posting images from the show on the internet. And headshots showing all the celebrity models sans make-up have also leaked online. 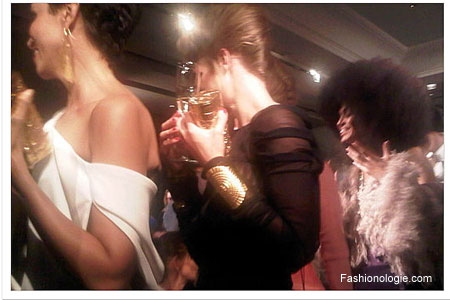 Plus, presumably you can’t get Beyonce to sign confidentiality agreements. She blurted out to journalists after the show; ‘it felt like a performance. It had the energy of a live show. It’s great to see people have fun in fashion’.

So while celebrity models and the privileged few fashion editors who attended the presentation are releasing more and more hints and sneaky snapshots on the internet, WWD has published a post-show interview with the man so devastatingly dapper and polished he’d make Fred Astaire look scruffy; covering, somewhat ironically, his determination not to give in to the dictates of “immediate fashion” ; ‘this fashion immediacy thing — I get [it].…I don’t get the need for this immediacy. In fact, I think it’s bad. The way the system works now, you see the clothes, within an hour or so they’re online, the world sees them. They don’t get to a store for six months’. 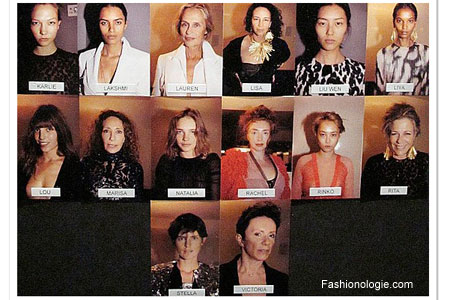 Oddly, for the man who signed up A-listers from Julianne Moore to Daphne Guinness to model his collection, the designer went on to blame the hunger for instant fashion gratification on celebrities; ‘the next week, young celebrity girls are wearing them on red carpets. They’re in every magazine. The customer is bored with those clothes by the time they get to the store. They’re overexposed, you’re tired of them, they’ve lost their freshness, you see somebody wearing it and you say, “Oh, that’s that jacket that was in blah, blah, blah, blah, blah.” Or [a] customer doesn’t want to wear that jacket that was in blah, blah, blah, blah, blah. In addition, all of the fast-fashion companies that do a great job, by the way, knock everything off. So it’s everywhere all over the streets in three months and by the time you get it to the store, what’s the point?’. 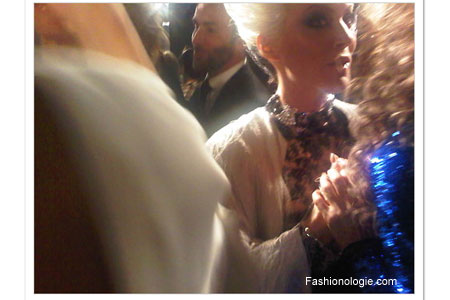 So why did he cast celebrities, and celebrity models, rather than anonymous catwalkers? ‘I showed on idealised versions of our real customers, all different women of all different ages. It was all about individuality, individual style, different body types, women who have their own style . . . If you look back at shows from the Seventies, they looked like what you saw last night. I wanted that intimacy . . . I wanted all different ages, I wanted all different body types, I wanted different characters and different personalities. I literally designed those clothes for those women — took their measurements, thought about them, thought about what they wore. I know Lauren [Hutton] likes white, I know she likes a hat, I know she looks good in a fedora, I know what her personality is. That was the message: Whoever you are, what we do at Tom Ford is help you develop your own individual style.’

Now isn’t that worth the wait?