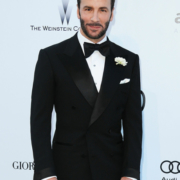 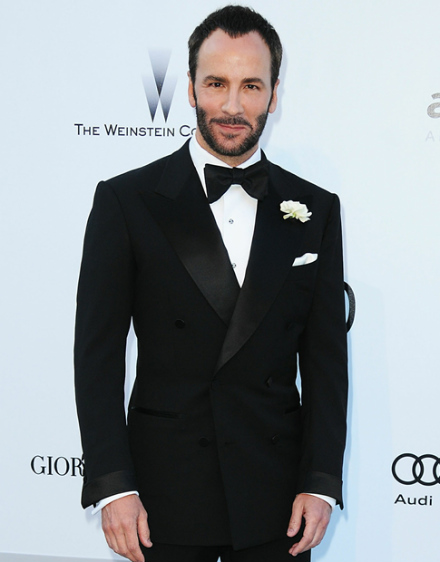 Back in Womenswear, the Designer Seduces Anew

When Tom Ford announced he was leaving Gucci Group in 2004 — a company he saved from collapse and transformed into the world’s third-largest luxury goods brand — the fashion world was disconsolate.

“This changes the landscape,” Harper’s Bazaar editor Glenda Bailey told The Post when the news broke. Celebrity fans such as Sarah Jessica Parker and Rita Wilson publicly mourned the loss. Fashionistas bought and and hoarded. “[This] parallels Christian Dior’s span at Dior, also just a decade,” Vogue’s Hamish Bowles said at the time.

The New Yorker even ran a (semi-)comic essay, “No. Please, No,” which read, in part: “It sounds so stark, a sentence that should never be said: Tom Ford has left Gucci … There’s no rhyme or reason.”

Parent company PPR announced it would have to hire four people to replace him.

So it’s no small thing that Ford, one feature film (“A Single Man”) and a menswear line now behind him, has finally re-entered womenswear. The designer showed his inaugural S/S 2011 line in New York last season, in a retro way that was, typically, also forward-thinking. Ford’s muses and fans, including Julianne Moore, Lauren Hutton and Beyonce (a surprise get with no prior connection to Ford, a control freak herself who, tellingly, yielded to his vision), walked in an invitation-only show at his Madison Avenue store. Cameras were not permitted, which exponentially added to the mystique.

“What happens in fashion is that you’re creating perishable goods,” Ford told his friend, the artist John Currin, in this month’s Interview. “I was trying to create goods that are not as perishable; [because of the Internet] they lose their freshness [and] spontaneity and my customer doesn’t want to wear the same jacket she’s seen photographed over and over on every single woman for six months.”

During his pre-Internet tenure at Gucci and, later, Yves Saint Laurent, Ford proved himself the master of guessing what women want, at classing up kink. He created liquid, slinky clothes that referenced the louche glamour of the ’70s — Halston, Studio 54, Le Smoking — that also felt ineffably modern. He could generate controversy with a print ad featuring the Gucci logo shaved into a model’s pubic hair, yet also speak with complete authority on the perils of poor taste.

“Just look at the Paris Hilton phenomenon,” he once said, “and the way every other teenager looks like a prostitute.”

He convinced Scarlett Johansson and Keira Knightley — known for prestige projects — to pose nude with him (Ford was fully clothed) for the cover of Vanity Fair’s 2006 Hollywood issue, which he guest-edited.

“If I could boil the Tom Ford experience down to a single element,” VF Editor-in-Chief Graydon Carter wrote, “it would be the yellow Post-it note I found [on] a photograph of Angelina Jolie pinned to the wall of Vanity Fair’s planning room. In small handwriting were the words, OLeave in butt crack. TF.'”

He went on to describe Ford as “a gentleman and a wonderful collaborator.”

It’s this very tension — the control freak as libertine and vice versa — that makes Ford, his abundant talent notwithstanding, so compelling. HeÂ¹s an immaculate man with a dirty mind. He’s the most aggressively sexual American designer working, and also the most elegant. He identifies as an American and a European. He’s known for sex and worships beauty.

“I have a reputation for sex and making a woman sexy,’ he told Interview. “But I don’t start out saying, ‘Oh, I’m gonna make this woman look sexy or sexual.’ I simply . . . put her in front of me and say, ‘What can I do to make her more beautiful in my eyes?'” 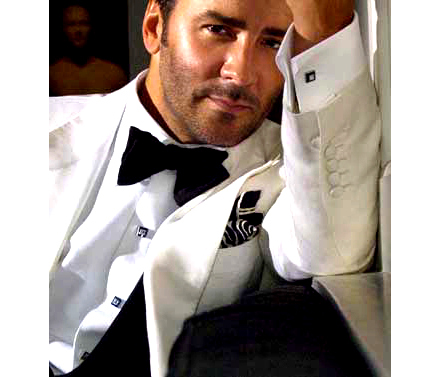 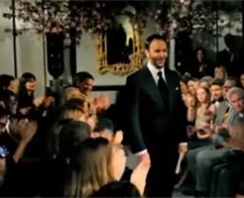