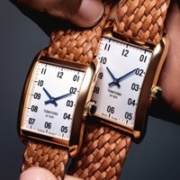 Tom Ford’s main collection includes a $42,000 alligator briefcase and casual suede jackets for around $7,000, but the prices of the watch line that he introduced recently are — intentionally — a bit less stratospheric. The sturdy-looking timepieces start at around $2,000, with a wide selection of interchangeable bands, sold separately.

“I don’t know that I would buy a $20,000 watch from Tom Ford,” the designer said during a recent phone interview from his Los Angeles office. “If I’m going to spend that kind of money, I would buy a different watch, and I’m really our customer in so many ways. But would I spend $2,700 for really great watch in steel with a black face and interchangeable bands, or $8,000 for a gold one? Yes.”

Tom Ford Timepieces offers one style, the Tom Ford 001. It is a quartz tank in several iterations — silver-toned steel, matte black metal, simple gold — with a curved back that creates a fluid silhouette on the wrist. It is quietly branded, with a small logo on the face and metal watchband clasp, and a distinctive numbering format on the face that Mr. Ford said he designed to echo a dashboard gauge.

Offered in two sizes (44 millimeters and 40 millimeters), it’s not flashy or bold, and Mr. Ford said he was inspired by the unisex styles of Rolex and Cartier. “I don’t think of the watch as being necessarily either masculine or feminine,” he said. “The best watches have a certain integrity that translates well for both sexes.” He said that he often wore the 40-millimeter option, for example. 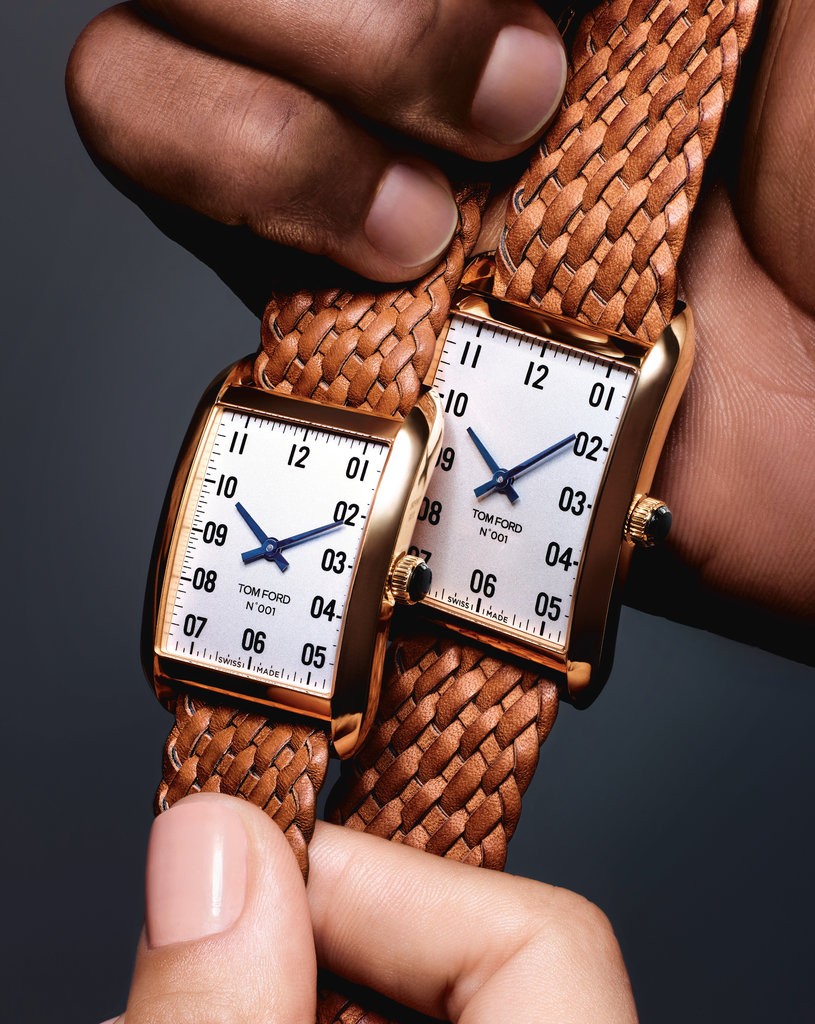 The collection’s design also focused on the straps, which are easily interchangeable without tools or the help of a watch specialist. “I’ve always wanted something that was literally designed to have the band thread through like a belt,” Mr. Ford said. “When I was a kid and I had a Timex, or whatever I had, I used to buy webbing straps from Brooks Brothers, or from J. Press, and then I would try and feed them through my watch. I would have to take the pins out, and it would be so complicated and I remember thinking then, ‘Why didn’t someone make a watch that you can just feed a strap through?’ I’ve always wanted one. I knew that when I did do watches, that was going to be the thing that I was going to do.”

The collection includes a high-end take on those webbing straps — a delicately braided band of supple leather, priced at $420 — as well a plain option in alligator ($620). There are also stitched leather bands in a wide range of colors, made in Besançon, the French town that specializes in watchmaking, as well as a version in a pebble finish that might best be described as Hermès-esque.

The morning of the interview, Mr. Ford said, his own watch had a white leather band, a switch from the hot pink one that he’d been wearing with jeans and a tan.

Beyond being a fashion statement, the bands encourage, of course, multiple purchases. “Straps are a good profit center,” said Reginald Brack, a watch and luxury analyst at the NPD Group, a marketing research company. “It’s definitely going to be an impulse buy when that Tom Ford watch owner is in the boutique or wants to stop by before lunch. It makes you feel like you have a different watch.”

The interchangeable bands will be a constant feature of the collection, which Mr. Ford said he planned to expand to include a round-faced style as well as an automatic version. Although the watches now are available only at Mr. Ford’s boutiques and on his website, wider distribution is planned for the fall.

Tom Ford Timepieces are produced in Switzerland by Bedrock Manufacturing, which owns brands like Shinola. “At first I thought that Bedrock wasn’t necessarily right for my brand,” said Mr. Ford, who initially wanted the collection to be manufactured by a Swiss company. “They make everything in America.”

He credited Tom Kartsotis, Bedrock’s founder, with his change of heart. “I met Tom and found him the most incredibly, not only charming, but smart, terrific, straightforward, no-nonsense guy,” Mr. Ford said. “It was Tom that absolutely sold me on working with him on the timepieces.”

Although Bedrock hadn’t worked in Switzerland before, it brings vast expertise to the collaboration. Mr. Brack said that Mr. Ford was “using someone who’s been through the learning curve. They’ve done it really well — they know how to produce.” 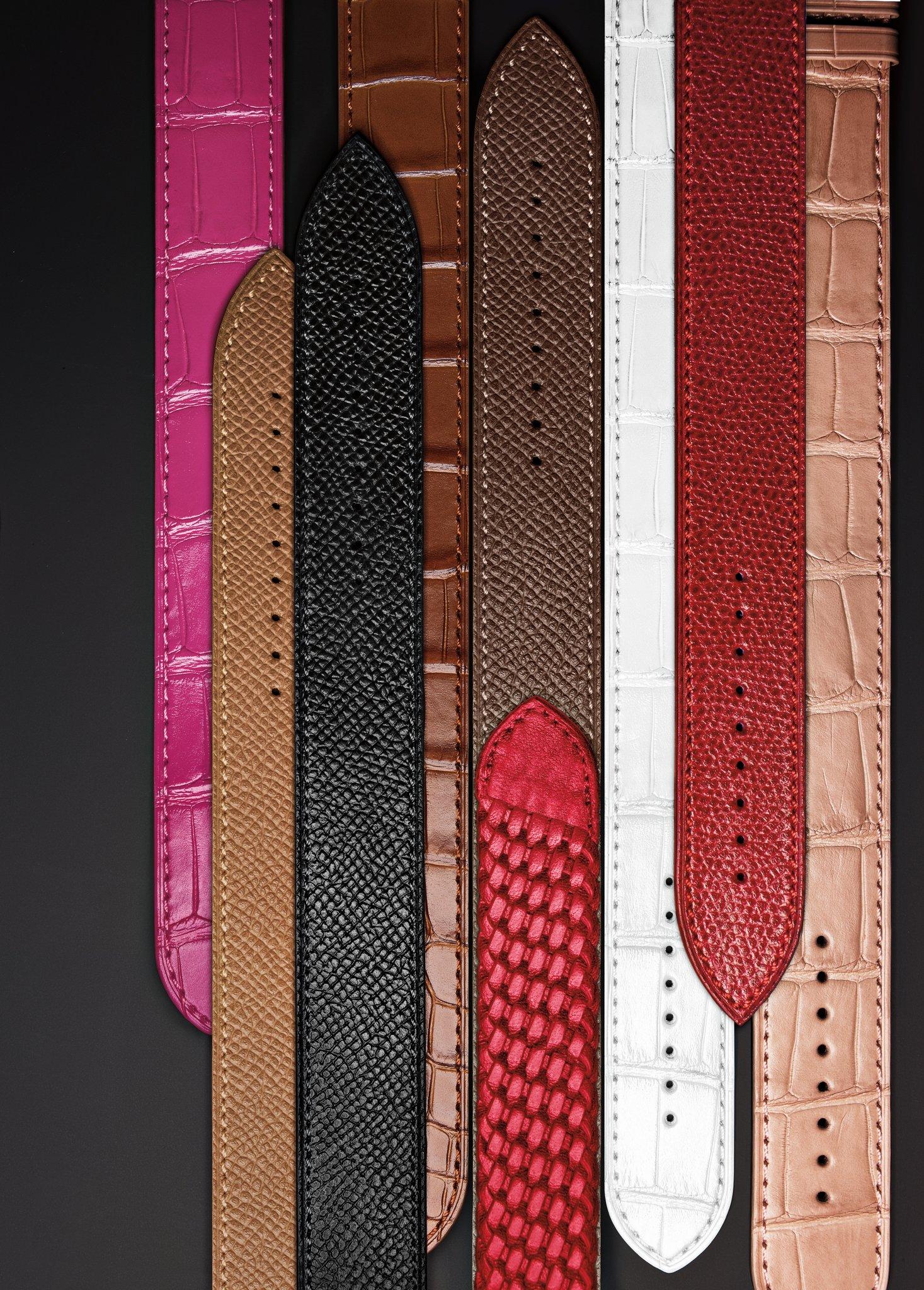 And, he added, “They’ve attracted so many young people to wearing watches.”

Mr. Ford has been collecting timepieces most of his life. He received his first luxury watch as a gift at age 16: a stainless steel Oyster Perpetual Rolex that he has since passed down to his nephew. His first watch purchase was a Cartier Tank. “Coming of age in the 1970s, it was the watch that everyone wore,” he said. “Yves Saint Laurent had one, everyone had one. The whole world seemed to be wearing Cartier Tanks. It’s such a classic, and a classic I will always love and relate to.”

His collection includes other pieces by Cartier, including a Tank Américaine, as well as timepieces by IWC and Patek Philippe. And there is an Apple Watch. “I bought the Hermès one, mostly to see what it was all about,” he said. “That’s part of being a designer: You need to stay up with what everything is all about, and what it feels like to wear one.”

Although a few years ago he did offer a $1,500 silver watch fob designed to turn an Apple Watch into a pocket watch style, Mr. Ford said he had no plans to produce smartwatches. “I quite like a classic watch,” he said. “I don’t necessarily want to look down at a piece of technology on my arm. I’d rather look down on a beautifully made, crafted object that’s like a piece of jewelry.”

While Tom Ford Timepieces is the first collection bearing the designer’s name, it’s not actually his first foray in watch design. He oversaw timepieces while he worked at Gucci, Boucheron and Yves Saint Laurent, where he created a trapezoid-shaped tank on a woven strap that seems like a direct precursor to his new offerings. “At this point, having been in the business for 35 years, I can draw on all of this experience,” he said.

The extension into watches is logical from a business perspective. “For a brand like Tom Ford, it’s a natural evolution for this to occur,” said Jennifer Spaulding Schmidt, a senior partner who oversees fashion and luxury advising for the Americas at McKinsey & Company. “One of the reasons that brands get into the category is to get new customers — they can get into an entry point of the brand and can be able to wear the brand every day.”

Although Mr. Ford’s brand already is diverse — the watches joined cosmetics, fragrance, eyewear, clothing and accessories — he still has more categories on his radar. “There’s home, but I’ve got too much to do right now to tackle home,” he said. “My plate is full.”

Correction: May 10, 2018
An earlier version of this article described imprecisely the relationship between Bedrock Manufacturing and Fossil. Bedrock and Fossil were both founded by Tom Kartsotis, but Bedrock does not own Fossil.

Tom Ford is furious with Amal Clooney for her last-minute Met Gala wardrobe... 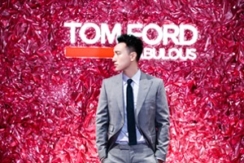