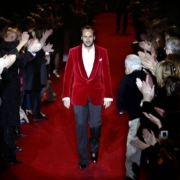 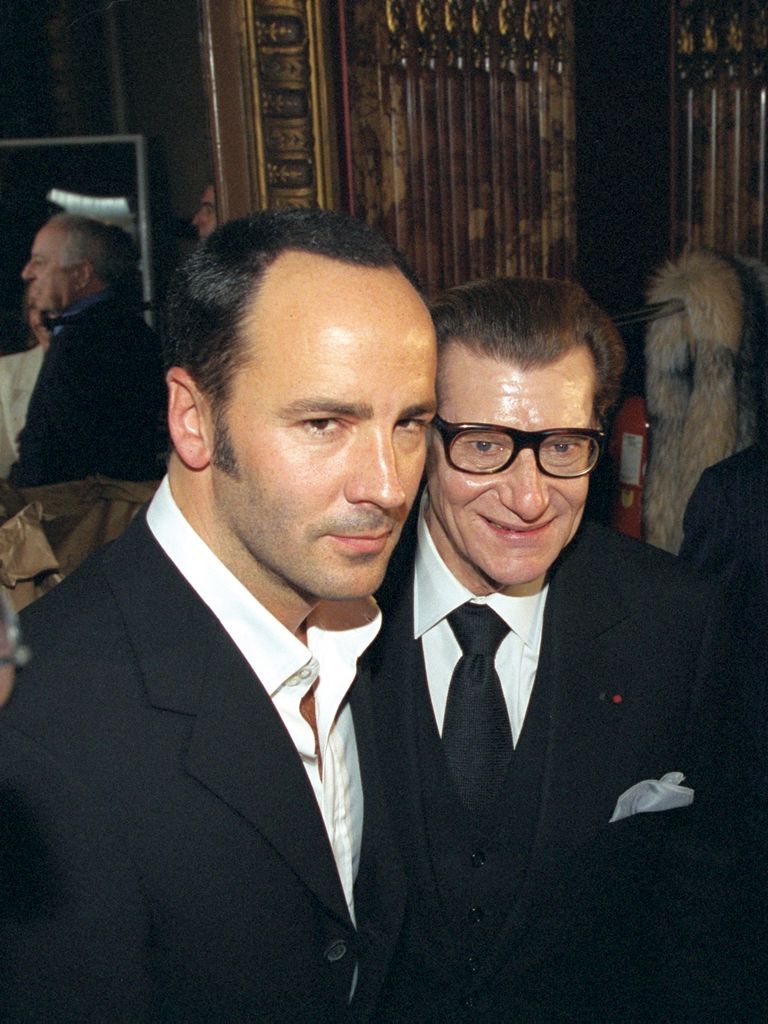 When Gucci Group added Yves Saint Laurent to its portfolio in 1999, it named Tom Ford—then creative director of Gucci—as also the creative director of the Maison. It was a double duty job that would alter both brands’ paths in history and ignite one of the most legendary feuds in fashion.

Previous to the dual design appointment, Ford had risen tremendously in the ranks of Gucci. Though he joined the Milanese brand in 1990 as a women’s designer after stints at American clothiers Cathy Hardwick and Perry Ellis, his role rapidly expanded: six months after starting he was designing menswear and shoes. By 1992, the designer was in charge of the house’s entire image—from ready-to-wear to campaigns and store design. This was the start of the good years, and Ford—with help from Carine and Mario Testino—established a new vision of provocation and sex appeal. He showed “G” strings on his Milanese runways and barely anything at all in his glossy print campaigns. Between 1995 and 1996, the house had increased sales by 90 percent. Three years later, Gucci, which had nearly gone bankrupt when Ford first joined, was valued at more than $4 billion. 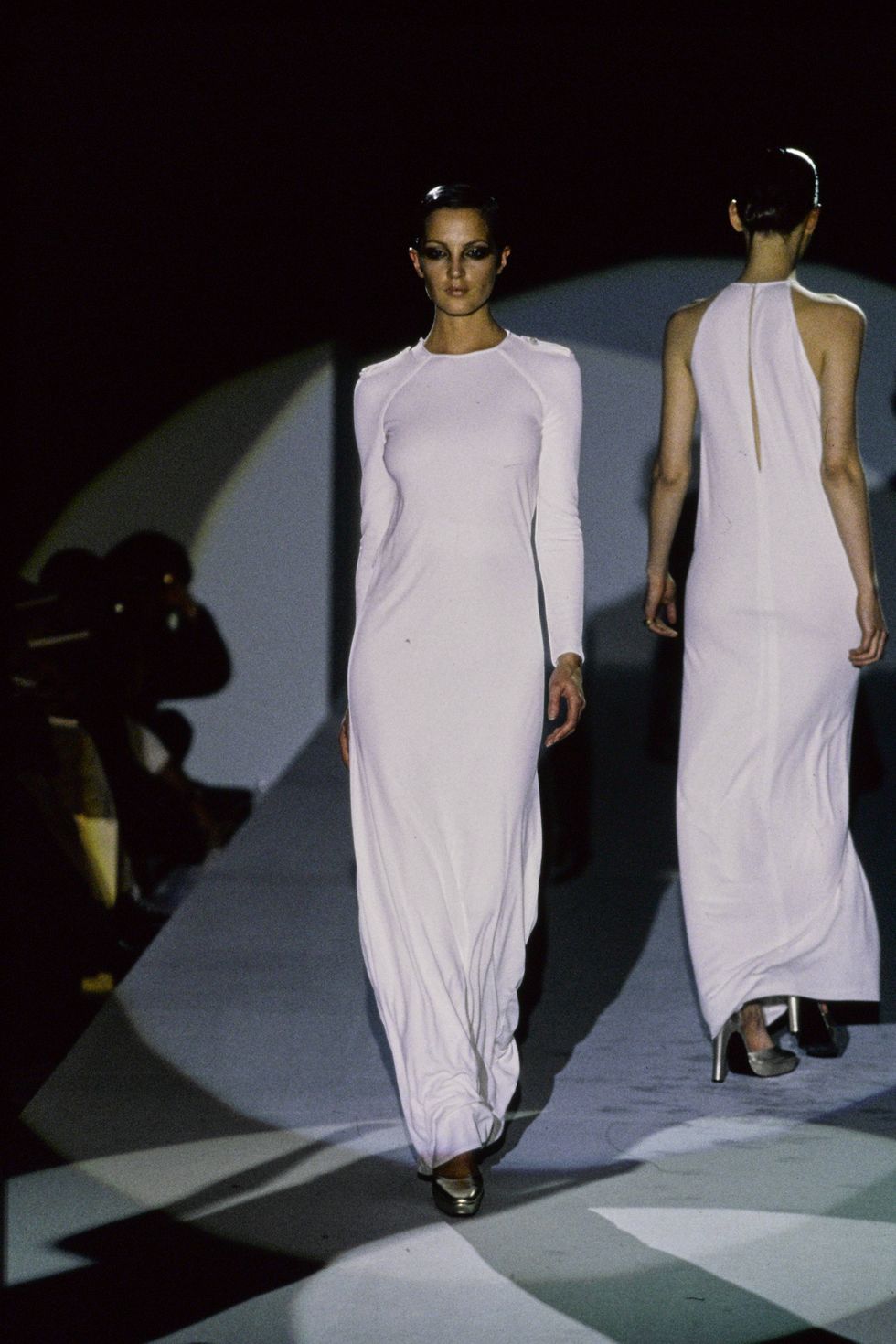 With the acquisition of YSL, the fashion group had similar ambitions. But with Monsieur Yves Saint Laurent still a part of the French fashion house, it would not be so easy. When they first started working together—Ford designing YSL’s ready-to-wear and the eponym retaining control over haute couture—the two reportedly had a chummy relationship. “At the very beginning we were quite friendly,” Ford—who was overseeing 16 collections a year at that time—once said. “He loved the fact that we were buying the company and he loved the fact that I was designing the company. He’d been very complimentary of my work at Gucci, we had dinner a few times and my first collection I had him up to show him.” 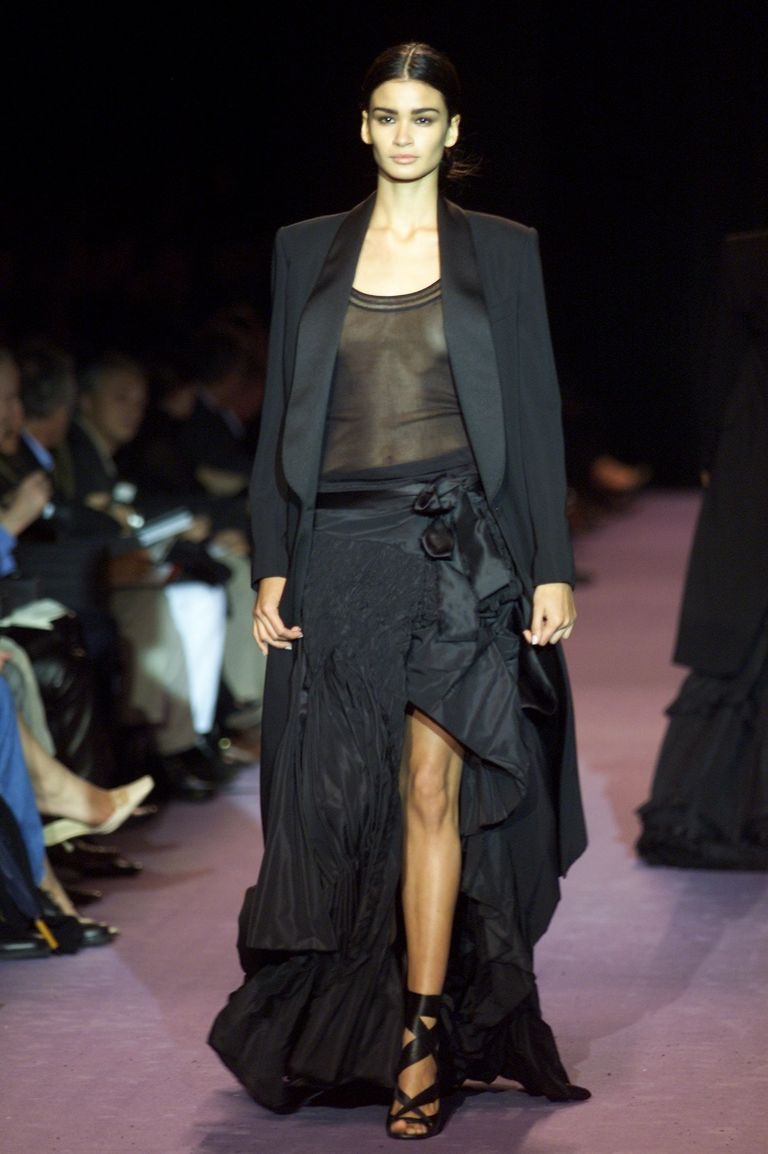 But as soon as he started deviating from the codes of the house—and, perhaps more importantly, garnering attention about it—Saint Laurent apparently changed his tune. Ford’s image of YSL was decidedly more revealing than the designer’s Parisian women in a power suit. “The poor guy does what he can,” the latter famously told a member of the press. As their relationship began to sour, handwritten letters from Saint Laurent to the new designer began to pour in—one particularly striking one proclaimed “in 13 minutes on the runway you have destroyed 40 years of my career.” 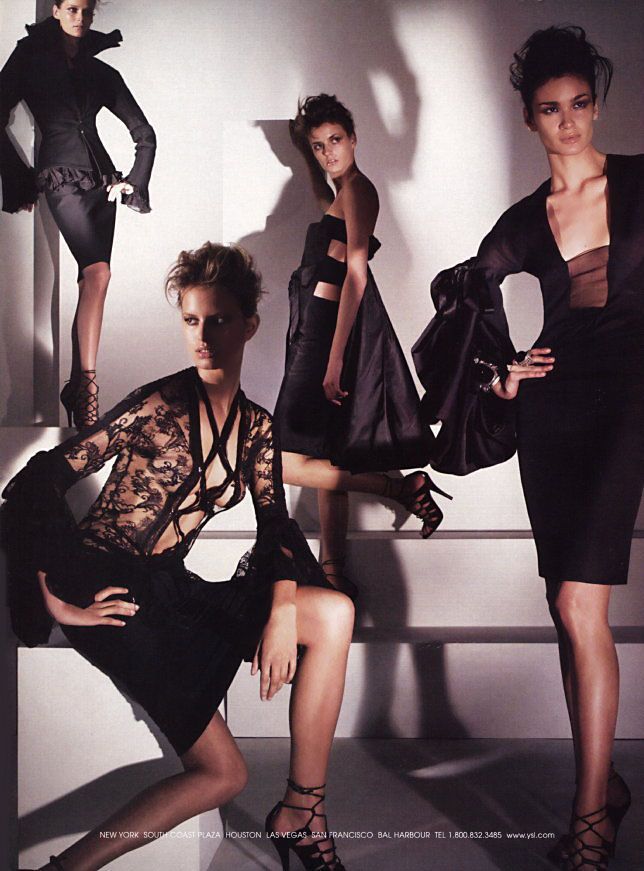 Though Ford only stayed at YSL for a few years–he departed Gucci Group in 2004 after its buyout by luxury conglomerate Pinault Printemps Redoute (now Kering)—his tenure was still a success. He managed to reawaken a second sleepy fashion house and increased business by two fold. But as far as lasting impressions, the job didn’t leave as impressionable of a mark on the designer that one might think. 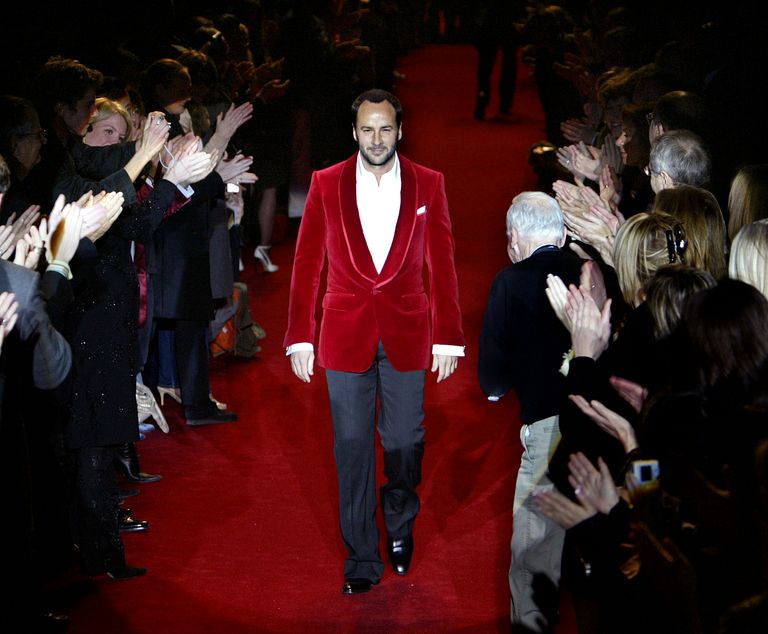 Bowing at the Finale of Yves Saint Laurent Fall/Winter 2004

“I don’t even remember much about my time at Yves Saint Laurent, though I do think some of my best collections were [there],” he recently said. “Yves and his partner, Pierre Bergé, were so difficult and so evil and made my life such misery. I’d lived in France off and on and had always loved it…It wasn’t until I started working in France that I began to dislike it. They would call the fiscal police, and they would show up at our offices.

You are not able to work an employee more than 35 hours a week. They’re like Nazis, those police. They’d come marching in, and you had to let them in and they’d interview my secretary. And they can fine you and shut you down. Pierre was the one calling them. I’ve never talked about this on the record before, but it was an awful time for me. Pierre and Yves were just evil. So Yves Saint Laurent doesn’t exist for me.” 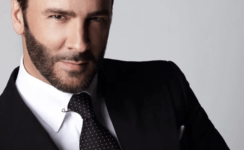 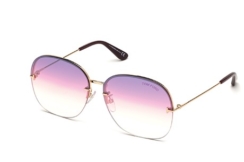